Think back to your first suit; do you know if it was a canvassed or a fused suit?

Most likely, it was fused since first suits aren’t usually something people invest a ton of money in.

However, you’re a grown man now and pay more attention to your image.

You may still have good reason to purchase fused suits, but you should learn the differences between the two options before you do.

What is a Fused Suit

You can add structure and form to your suit with this inexpensive solution.

A fused jacket has its interlining glued into your suit between the outer fabric and lining.

This is how most companies construct their off-the-rack suits (think men’s clothing warehouses and department stores).

Using a fused interlining is how they keep their costs down because gluing doesn’t require the same skill level as sewing, and it’s much faster.

Fused interlining gives the jacket its shape so it doesn’t just hang limply from your body, but it also doesn’t give your jacket a natural form.

Often, fused suit jackets are too structured and stiff.

Only the front suit jacket panels and lapels have interlining.

The interlining used in a fused jacket is typically a synthetic material so that it can accommodate the glue.

What is a Canvassed Suit

Canvassing differs because of the way the interlining is attached.

Instead of glue, a canvassed interlining is sewn onto the outer suit fabric layer, called the shell.

The interlining for canvassed suits is traditionally made from horsehair, which is immensely stiff but bounces back into shape easily when manipulated.

Today, the interlining can also be made from wool or camel.

Canvassed suits are also designed to give your suit jacket structure. However, these suit styles drape very well to your body without seeming too rigid.

These suits are more costly but are also better quality and longer lasting.

This suit jacket construction style has canvassing in the chest, extending into the lapels, and possibly down the entire front panel of the suit jacket.

Suits can be canvassed one of two ways: full-canvas or half-canvas options.

There isn’t a massive difference between the two versions; both are still high-quality and look very professional.

The most significant difference is that one choice covers more area than the other. Bonus points if you can guess which one!

The half-canvas suit provides structure in the chest piece and lapels, with the interlining ending at the waist.

This is the cheaper option for canvassing because it uses less material and takes less work to incorporate.

So, you save some money and get the same benefits of a canvassed suit.

Because this suit jacket is partially canvassed, the interlining is sewn in, so the chest and lapels have excellent form.

There is still some gluing involved with half-canvas construction, but only on the lower portion of the suit jacket.

Despite using some glue, half-canvas suits are still of excellent quality.

A full-canvas suit is the most expensive type of suit jacket construction.

It involves sewn interlining over the entire front panels of the suit jacket.

Because of this, it’s top quality and therefore the best option, by far.

The fully-canvassed suit is the most durable type of men’s suit you can buy; they can last many years if you take proper care of them.

The canvassing eventually molds to your body, giving you the best possible suit fit. They look pretty natural against the shape of your body.

Another point in favor of full-canvas construction is that, unlike fused suits, they’re breathable and comfortable, preventing you from overheating.

Full-canvas suits are very costly; however, you get your money’s worth in quality and durability.

There’s no question about it; if you can swing the price of a canvassed jacket, do it.

Fused suits are acceptable for very short-term use. They won’t look as good, though.

Fused suits aren’t up to the same level of quality thanks to the glue.

Over time, the glue can break down and lose its hold. Finally, the glue simply degrades and falls apart.

When the glue becomes unstuck in a few spots, you’ll notice that your suit jacket starts to get some bubbles in the fabric. This is a dead giveaway that you are wearing a cheap suit.

Fused suits need to be replaced much sooner than canvassed ones.

The glue holds the interlining so stiffly in place that the entire suit jacket construction is affected by these constraints.

Frequently replacing your suits contributes to the throwaway fashion industry, which is becoming less and less attractive these days.

On the other hand, canvassed suits involve interlining being hand sewn by skilled hands.

And when the suit fabric can move well with you, there is less strain on the fabric, extending the life of the material.

Fused vs. Canvassed Suits: Differences in Cost and Price

And, of course, they are; they don’t take long to make and require no skill to attach the interlining.

So, the price tag of canvassed jackets can be shocking in comparison. Yet, the elevated price makes sense.

Adding canvassing to a suit is a delicate process; there’s no fast and simple way to make a canvassed suit.

Canvassing needs to be sewn in by hand. It’s a tedious process that calls for great skill and a gentle touch.

Hand sewing the interlining is also a very slow process.

They say that you can’t rush perfection, and this is a prime example of that.

However, your canvassed jacket will likely last years longer than a fused jacket.

You may need to buy one or two more suits during the same time you would have your canvassed suit.

So, in the long run, the hefty price for a canvassed suit may even out after all.

However, paying that money upfront can be the painful part, but it is a wise investment.

How Can You Spot the Difference

A well-trained eye may be able to differentiate between fused and canvassed suits just by looking.

But for the rest of us, there are a couple of tricks to make the determination.

The first way to check which type of suit you have is by using the pinch test.

To start, feel the suit jacket sleeve since this is a naked part of your suit. (Meaning there’s no interlining there.)

Pinch the sleeve to get a good idea of how it feels between your fingers.

Next, pinch the front panel of your jacket, just under the lowest buttonhole.

Using your thumb and forefinger, you can also pull the jacket material apart from the front and back.

Do you feel a layer of fabric in between the outer layers? Then you have a canvassed suit.

If you don’t feel anything between the layers of material, but the fabric feels stiffer than the sleeve, you have a fused suit jacket.

Of course, with recent advances in fused interlining, you may be unable to make an easy call with the pinch test.

You can also try the lapel test as a backup plan.

Flip up the collar of your suit jacket and look at the underside of the lapel.

You’ll find super small stitches around the edge if the suit is canvassed.

These stitches can be a challenge to see, so make sure you’re under very good lighting. 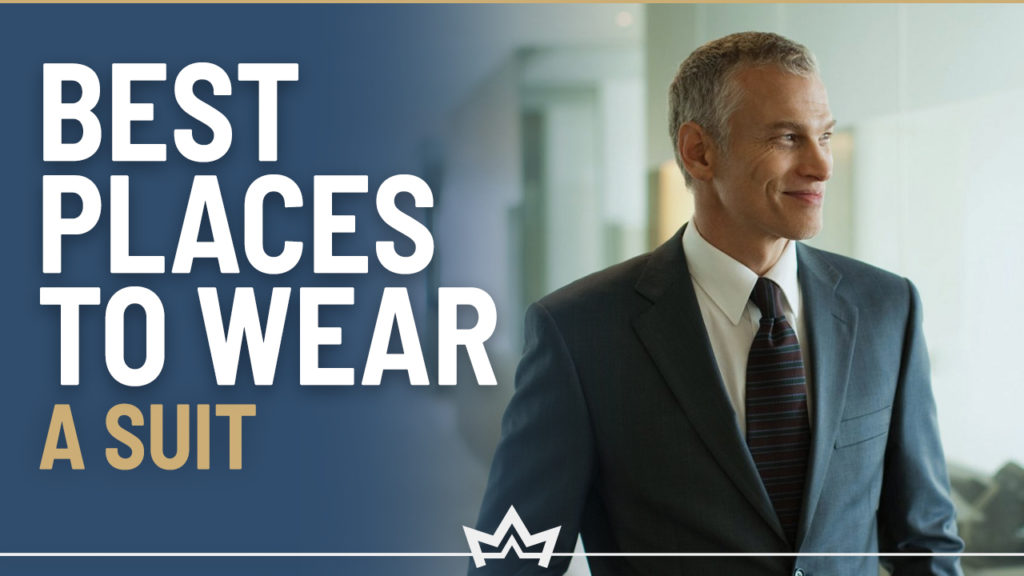 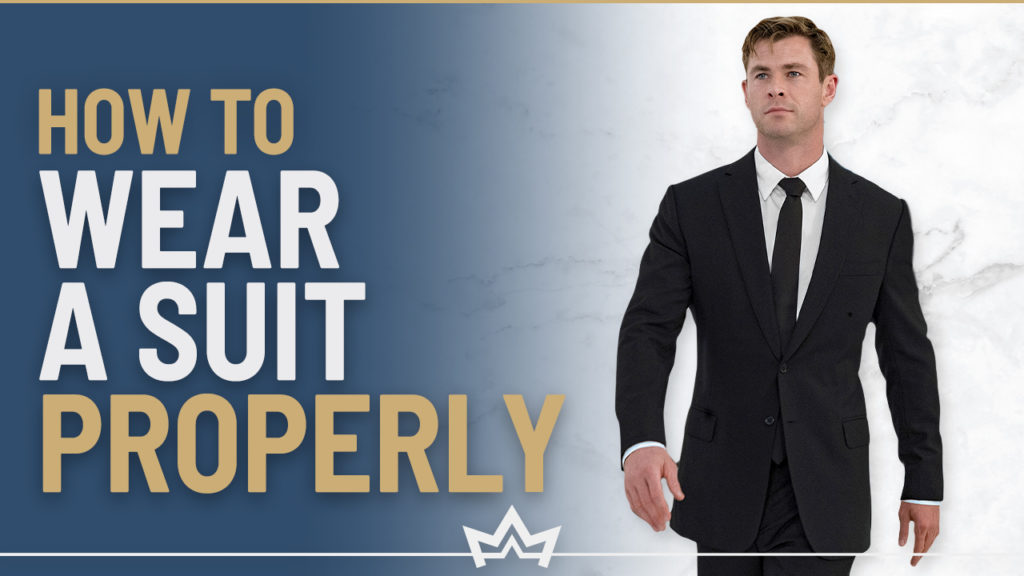 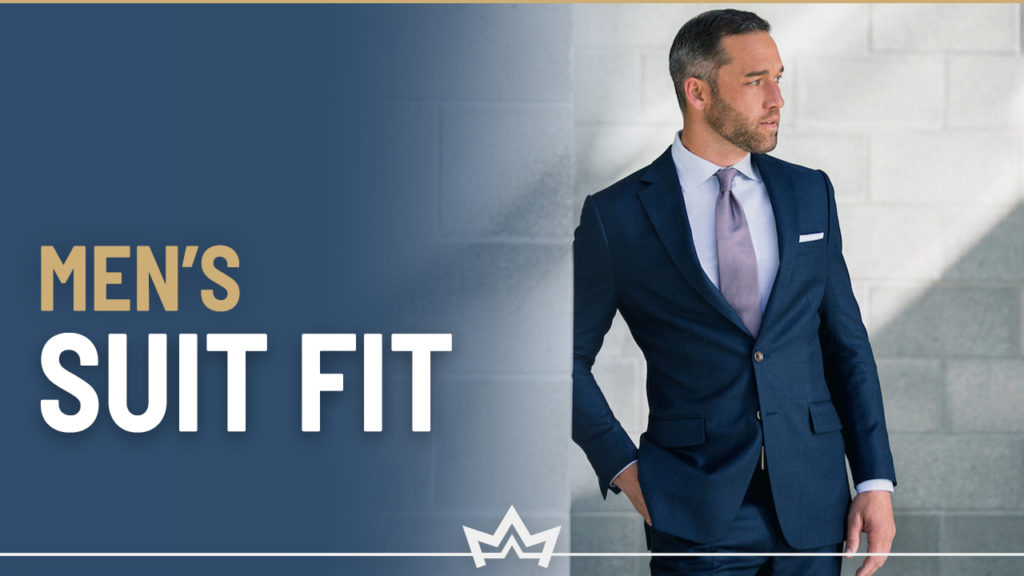 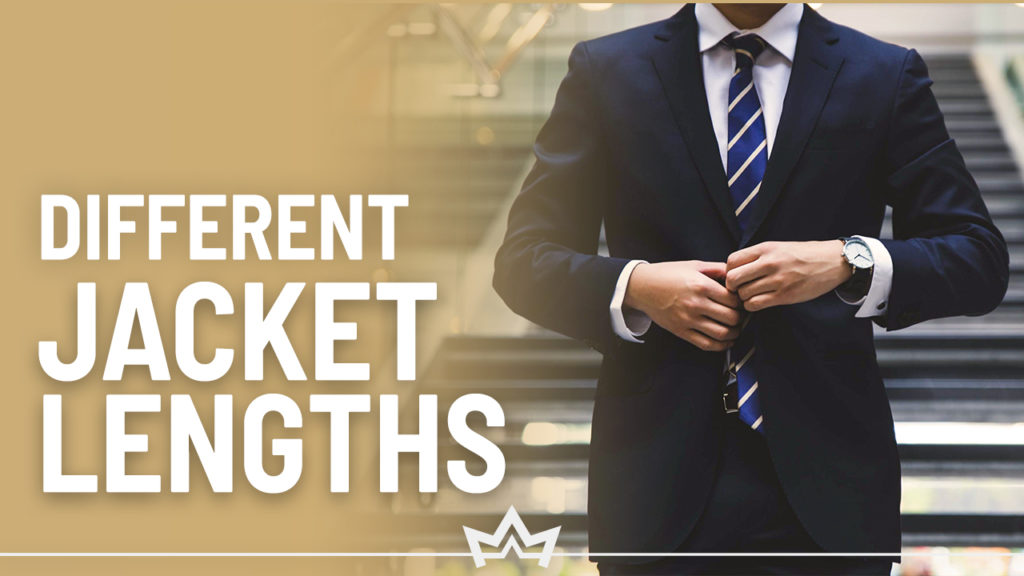